Under Desk Gun Safe - How to safely keep a Gun at work.

So after having my neighbor shot dead in his driveway and having some guy get shot in my office complex parking lot (our office building was roped off inside the crime scene) I decided I had been to close too many times. So I got my Concealed Carry License and started carrying my gun with me every where I go. Well that includes the office. Fortunately I work for a firm that also believes in our 2nd amendment right and many of us carry and keep our guns in the office.

But I was worried that with our clients coming and going and many of the employees occasionally bringing their children to work, it just wasn't a good idea for us to have loaded handguns in our desk drawers or computer bags. So I started looking for solutions. I needed something that could be mounted securely under my desk, use a simple combination to open and that would accommodate a medium framed automatic pistol.

I came up with two viable options 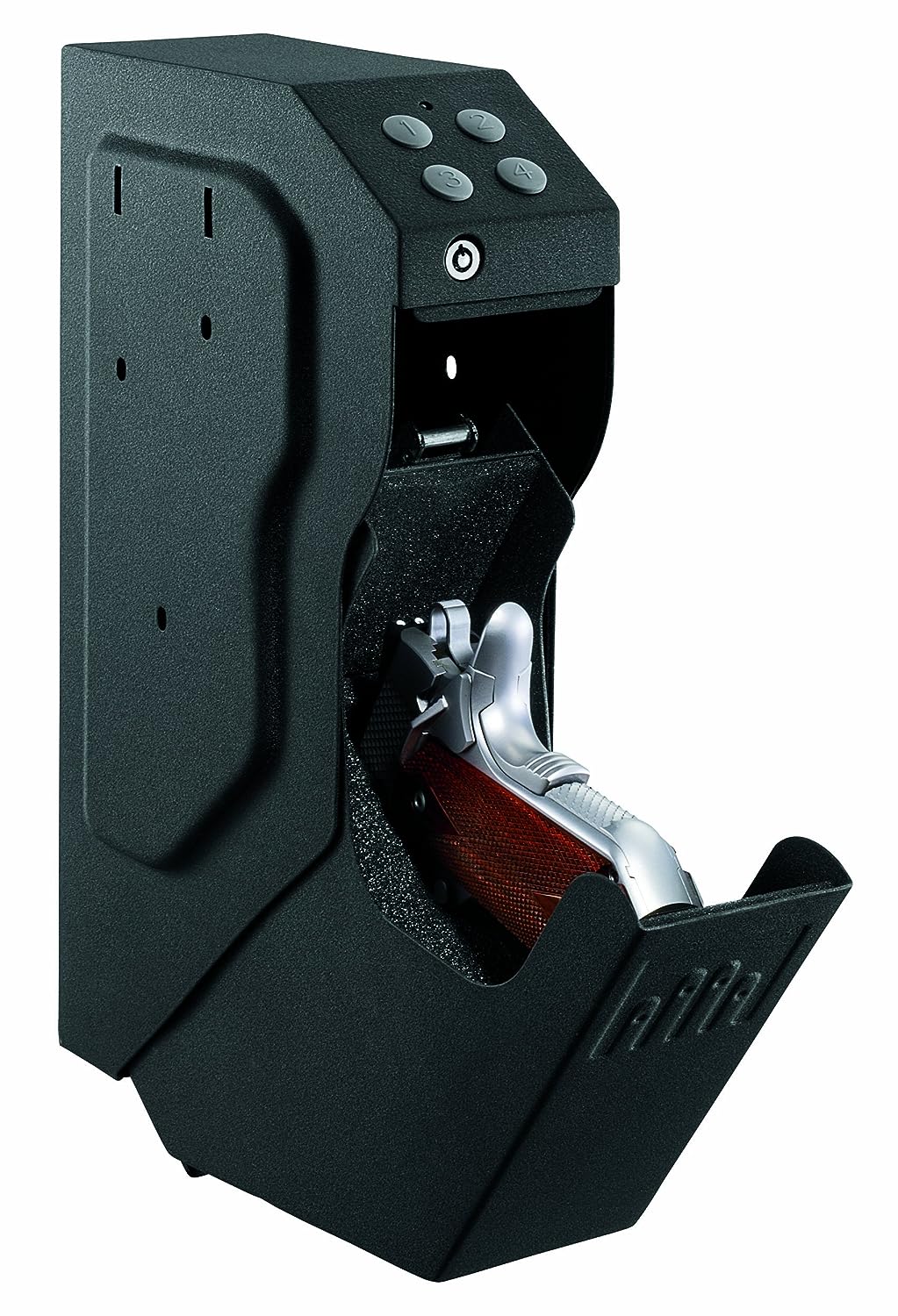 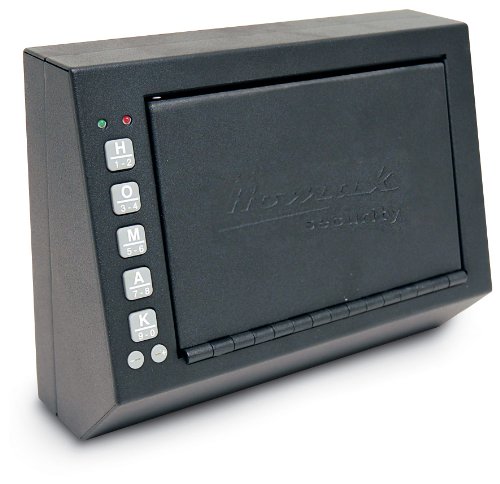 The Gunvault SpeedVault SV500 gun safe priced at about $150 (often on sale for less) has EVERYTHING you would want. It's easy to install, easy to use, has a key backup and when it opens a LED lights up your ready to draw pistol and you are ready to rock and roll. They even have one that just uses your fingerprint to open!

The HOMAK HS10036683 Electronic Access Pistol Box is not as fancy, does not have a key backup (but has a emergency backup in case the batteries die) and is not designed for a speedy draw of your weapon. But it's about $100 less than the SpeedVault.

In my case, being able to rapidly draw my pistol from under my desk wasn't the main concern.
Keeping a loaded handgun in my office and close but safely away from others was. So I went with the HOMAK.

Now my pistol is safely tucked away under my desk and I have peace of mind.
I still think I will purchase the SpeedVault  for my home though. That is one place where I want a fast easy access gun safe that I can put beside my nightstand, next to my bed.

So even though I swore I would never do Kickstarter again I found this little gem called the MICROVIEW and had to buy in. I love messing with Arduinos and making cool stuff and this just looked too cool to pass up (plus these guys have a good history so I feel good about backing them). I don't know what I will do with one of these, but I have lots of ideas.

Check it out, there is still time to get in (20 days left as of today).

Midland XTC 200 Action Camera , an alternative to the GoPro Camera

when I was in Hawaii and I thought I would give you my thoughts on it. If you are looking for all the technical information go to the Midland website. This is the stuff they don't tell you.

Don't just throw away the box it comes in. Your package may not be the same but mine came with the camera mounted to a piece of clear plastic. What it was mounted with was a clip just like the ones that are on the Helmet mounts. I undid a couple of little screws and what came off the package ended up working perfectly for clip mounting the waterproof case to my Goggles for getting some great footage while snorkeling. I simply put the strap right between the clip mount and the waterproof camera case. Worked perfectly.

Speaking of the waterproof case, use caution.


Obviously it shoots better video than this!

The waterproof case has a magnetic slide switch to activate the camera. I found that placing a strong enough magnet over the front of the camera switch area will turn it on.
This means you could put it in a RC airplane or Helicopter and turn it on or off by either physically moving a magnet over it with a relay or by enabling an electromagnet over it.

I use mine as a daily Dashboard Cam waiting to capture the next OH SNAP moment!
It has gone for Train rides on my Model Railroad.
I stuck it on the top of my Grandson's RC Car for a cool ground view, it was very bumpy!!

Oh and the Helmet Mount, no where in the instructions does it tell you how to rotate the helmet mount.
The tell you that it does rotate, but they don't tell you how! This thing is held together with some serious industrial Velcro-type material. You have to pull it apart and it takes some serious pulling. I sort of rocked it out of the little socket. Once you get it apart, it's pretty easy after that, but the first time you do it you are going to think that it is going to break before it comes apart. 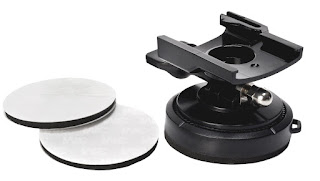