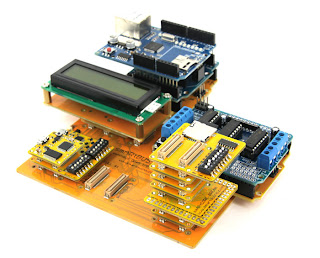 Update - January 2014: Finally after over a year of waiting (Estimated delivery was November 2012)  I got my smARtDUINO parts. This was the project that killed Kickstarter for me. I'll never back another project on Kickstarter for sure. And if I am ever fortunate enough to meet Dimitri Albino in person, I hope to kick him in the man parts. This creep took $157,571.00 dollars and made a lot of promises only to follow them up with a lot of excuses. There were claims of Fraud and Misrepresentation. My plan is to one day assemble something out of the parts and then dump it all in a blender and grind it into little pieces of yellow dust.
I'll do my experimenting using some other version of Arduino. For now the parts sit in my basement still in the bag. I lost all interest in fooling around with this garbage months ago.
Posted by Charles at 1:41 PM No comments:

Just how small can an Arduino get? Meet DigiSpark!

Erik Kettenburg has a project up on Kickstarter that looks really awesome and it certainly looks like he's getting his backing! With 12 days to go, he has raised over $195,000 (of a $5000 goal) with over 4000 backers (Me being one of them!).

The product he is working on is a micro-sized Arduino (about the size of a quarter) called the DigiSpark.

I love the logic of this product. It's small and cheap enough that you can actually build it into a project. One of the biggest problems most of us hackers and builders face is creating something and then having to tear it all apart again to get our prized Micro-controller back out and reuse it to build another experiment. I have a full sized Arduino Uno dedicated to my Coffee pot project that I only use 4 of the pins for. This little guy would be much better suited for that purpose (especially when I get the smaller relay shield).

And of course it is totally Open-Source/Hardware.

Let's see, the coffee maker will get one, there's a TV remote control that I want to build, these would fit perfectly in an HO train car, my Radio controlled cars might get some smarts, maybe my helicopters too, uh-oh....I'm going to need to order more of these when they become available on the Digistump.com website in December!
Posted by Charles at 8:46 AM No comments:

My Opinion/Review: DON'T BUY ONE!

As fun and as cool as this thing may seem, you don't want one. 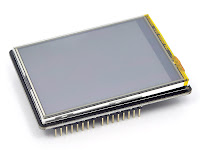 Why is the SeeedStudio 2.8" Touch Shield a piece of Junk?
If you want an LCD display for your Arduino, I would look elsewhere.
This one will frustrate you!

Is the DSO Nano a No No?

So I finally broke down and bought myself a Pocket Oscilloscope!
Maybe soon I'll learn what I'm supposed to do with it, but in the mean time it looks really cool. 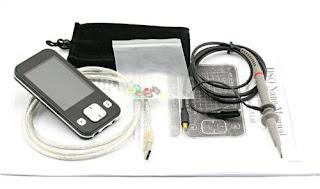 
Built in what had to once be a MP3 player shell, it uses an ARM Cortex-M3 32bit processor and sports a 320x240 display.  The one I purchased I believe is the second version of the first model. It has the newer better Probe (1x/10x) and a miniature BNC connector as opposed to the original that used a headphone jack and some very cheap probe/clips.

Now, my Nano supposedly had the newest software/firmware on it, but I couldn't make heads or tails of it. When I was researching the DSO Nano I found out that everyone hates the way it comes and everyone changes it use BenF's version (I don't know who BenF is, but hey, everyone else does). So the first day I have my new toy and I'm already messing with it and hoping I don't brick it.

I found out that this version of the DSO Nano also has a different bootstrap then the first one also, that made updating the software/firmware a bit of a trick, but after searching the web for awhile, I found BenF 3.53 Library and 3.64 App in the required HEX format and now everything is working well (you can download those files here).

To update this model you have to plug in your DSO to your PC. Hold the "-" button (down on the pad) and turn the power on. You should get a screen that tells you to copy the HEX files over. Don't drag both files over at once, copy over 1 file, it will disappear as the DSO dismounts and remounts itself, then copy the next file over, the process should repeat. If you see a .err file, then something went wrong. Now unplug the DSO switch it off and back on again.

Is it the most powerful thing ever? No, and it doesn't pretend to be. But it does work well for the price!
I can't wait to learn more about oscilloscopes so I can make better use of it.

Pros:
Cons:
There is a newer version available now, the DSO Nano V2 is pretty much the same oscilloscope in a newer box. It is the same hardware and runs the same software as the V1, it's just in a new box. Personally I like the V1 package more.


There is also the very new and much improved DSO Nano QUAD sports 4 channels but of course costs much more. 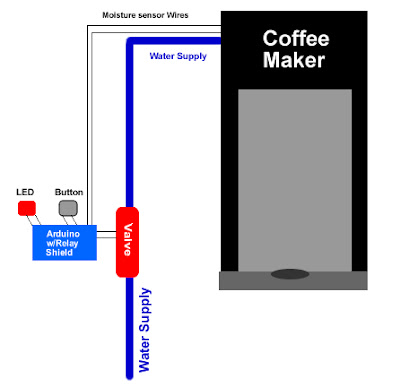